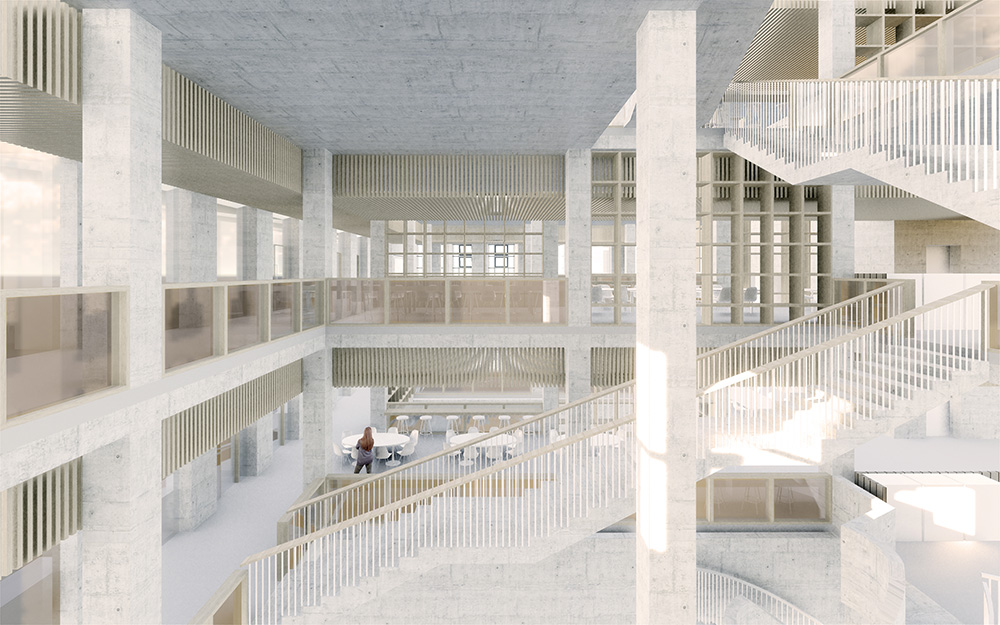 Up on the catwalk!

Dearneside has recently won a significant Architectural Metalwork package on the new London College of Fashion UAL, based on the landmark East Bank Scheme in Stratford.

In 2022 London College of Fashion is planning to move to a new single campus on the Queen Elizabeth Olympic Park, as part of a new development for London known as East Bank. East Bank will be a new powerhouse for innovation, creativity and learning, through a unique collaboration between world-leading universities, arts and culture bodies, that will open up opportunities for everyone who visits, lives and works in east London.

We’ll be creating a single campus alongside new sites for other world leading organisations including Sadler’s Wells, V&A and BBC as well as Loughborough University and UCL. We are moving so that we can finally bring all of our students and staff together, to increase opportunities for collaboration and to build a different community focused on fashion but with lots of influences from our new neighbours and from the local area.

The ambition of the project is recognised in the name - the East Bank - which will complement London's major cultural and education centres, such as the South Bank, the cluster of museums and academic institutions in South Kensington and the Knowledge Quarter around King's Cross and Bloomsbury.

Work is now well underway at Stratford Waterfront and UCL East to build the new culture and education district and visitors to the Park can see the new buildings emerging from the ground. The East Bank partners are also hard at work with local organisations and community groups to ensure that they shape what is offered at East Bank and that they can benefit from the many opportunities that will be created.

East Bank will bring an additional 1.5 million visitors to the Park and surrounding area each year

More than 2,500 jobs will be created in East Bank, and an estimated £1.5 billion generation for the local economy

Sadler's Wells East will open a 550-seat theatre and establish a new centre for choreographic practice and a hip hop academy, both of which will be the first of their kind in the country

UAL's London College of Fashion will integrate its six sites onto one campus, accommodating 6,500 students with their world-leading research community, business incubation and social enterpise centres

The Smithsonian Institution will establish a presence in London for the first time ever, in partnership with the V&A

UCL will create a new campus, UCL East, providing multi-disciplinary research, teaching and innovation, in areas such as robotics, smart cities, culture and conservation, for around 4,000 students